What were the reasons for you to decide to try 'hitch-hiking'?

I was on semester abroad in Aarhus, Denmark, and quite a few of my roommates were doing it. One day I asked my Polish roommate to join me to the west coast of Denmark and introduce me to this strange thing of hitchhiking. I felt like an idiot standing there with my thumb to the west, saying „nope, I don’t think this will work“ and then a car stopped. I was baffled. We got in together, talked to the drivers and did this process another eight times  (which is a lot for 250km!) until we were at the west coast. We drank a beer there and tried to hitchhike back, but it was too late and eventually we paid an extortionate amount for the train. That contrast between public transportation and hitchhiking made me think hitchhiking is the better way to get around.

After the first time hitchhiking together, I started doing it alone – heavily discouraged by everyone. My first ride alone was in Kirkenes, really far north in Norway and a border town to Russia. The guy was a military cook and had a little son in the back. It turned out fine so I was wondering what’s the big deal about a woman hitchhiking alone?

According to you, what is so special about 'hitch-hiking'?

Most people start hitchhiking because it’s free, but at a certain point you start enjoying it for meeting people, learning about the environment you’re in and being out there testing your limits of patience. You’re not just going from A to B, as you figure out there’s so much more in between places. In a bus or train you can’t see shit, while in a car or truck you usually have a better view and a context: the driver. When someone opens their car door for you, they’re inviting you into their homes, their lives. Vehicles are just extensions of that. There’s photos of loved ones and often people wear their religion on their rear view mirror. Sometimes drivers want to talk, sometimes they want to listen to what you have to tell, sometimes there’s just a silence. As a hitchhiker you often fill in a temporary need for company. It can be negative as a recent divorce or a loss, or positive as a new job or love. There’s millions of people on the road every day sitting alone in their four person cars. Picking up a hitchhiker breaks that routine. Sometimes we remain anonymous, often we become friends.

What would you advise to others who want to try 'hitch-hiking' but lack the time or maybe even consumed with fear?

I’m not going to tell you it’s not dangerous at all and full of rainbows and unicorns; hitchhiking can be really dangerous. For first timers: never do it alone. It’s handy if someone can teach you the ropes, someone with previous experience, but if those are not around, just find another person who you trust and who is interested and take the jump together. Hitchhiking with another person – regardless of gender – is infinitely safer than hitchhiking alone. Even hitchhiking with a little dog is safer!

But really, start with a low threshold. Do a day trip hitchhiking to some place familiar. Check hitchwiki for tips, have a downloaded map of the area and a backup plan, like a bus or train. Tell someone about your trip beforehand. As long as you start early, stay positive and keep smiling something will come your way.

Is there a positive transformation in yourself after you experienced 'hitch-hiking'?

I know how to expect nothing and deal with surprises constantly. It’s extremely liberating to be able to deal with things as they happen. Too many things are planned in advance and this doesn’t leave any space for interpretation. You don’t have a right to a ride, so you’re really grateful for that super hitch that really gets you where you need to be going. Every time someone pulls over for you is a sort of confirmation that humanity is not that bad as humans make it out to be. The magic of the ride only gets better when you really connect to your driver. It’s fantastic how two (or more) complete strangers are not strangers anymore in mere minutes. It’s an exercise in trust, while not becoming naive. You hitchhike with people you’d never meet inside your own bubble of a friend group. It breaks down barriers of class, religion, political affiliation and what not. My openness towards people is the thing I’m most grateful for.

What were your personal highlights while 'hitch-hiking'?

There’s so many, but most of them involve creating deep friendships and meeting people again. I recently met one of my first drivers again in Lisbon after three years. He’s from Norway and this guy has encouraged me to keep going the path I went down since I started hitchhiking, no matter what everyone else says about how you’re supposed to live your life. In Iran I’ve been invited warmly into so many homes and got to know these places and people in a completely different way than the media portrays them, so now I try to give that back by painting a different picture in the book I’m writing about my experiences there. One driver from the UK had his birthday party a few weeks after he gave me a ride and I hitchhiked back to Liverpool to join in. Some days I got job offers from drivers or learnt so much about a random things like where the CO2 for your soda is harvested from in Europe and where all the chicken factories are located along the highway from Shiraz to Tehran. Starting so early in the morning in Ukraine that my driver makes a stop to pour down some coffee and eat cake for breakfast, while we didn’t have a word in common besides „dyakuyu“. Even sitting in a car with a gun between me and my Honduran driver and just having the guts to ask why he has one is a highlight as I conquered the silence and eventually had a nice conversation about his past military career.

Would you consider 'hitch-hiking' a micro adventure?

Most hitchhikers do it as a micro adventure! By far, hitchhikers are just getting from A to B on a regular day. From a school kid that missed the bus to the retiree who hitchhikes home from his cabin in a German forest. This last guy is actually real – and he even stopped a car for the both of us taking us from Stuttgart to Heidelberg! I think he was about 65. Hitchhiking and picking up hitchhikers is not limited to a certain age group or gender. At last year’s Hitch Gathering in France (yes, we have our own conferences) I met a guy who takes his baby hitchhiking on weekend trips. You don’t have to hitchhike like I do to learn what it’s all about.

Next time you’re taking the €142 train from Berlin to Stuttgart (600+km), think about how you could have saved that money, shared a ride, met more people, maybe got a free coffee or sandwich and only spent two hours more travel time just because you chose to be at that petrol station with a smile your thumb out. Of course, hitchhiking is not for everybody. You have to have an interest in other people and fucking love smiling. 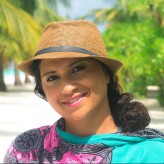